Showing posts from November, 2019
Show all

This black Friday post is a little different than the rest. Yes, you can save 30% off on all ketone/keto products, but I want to share WHY that's an amazing thing. This is Angela. Angela is one of the most important people in the world to me. 2 years ago she was pushing 300 pounds and had 4 young children to take care of. She had zero energy, was always in a bad mood, her sleep was horrible and her brain fog had her always feel like she was trying to catch up. She had tried everything on the market to help her make a change...nothing had worked for her. That's when she found KETO//NAT. She didn't think it would work for her, but she figured it was worth a shot. Immediately she began to feel changes in her energy and mood. She hadn't changed her diet yet, but she found herself feeling full longer and having more energy led to her making better choices. A year later, she was down 60 pounds, had more energy than she e
Post a Comment
Read more 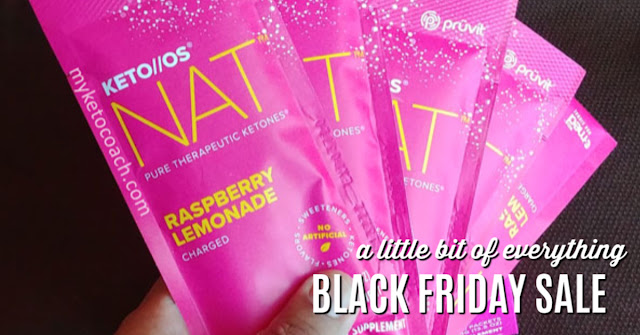 Black Friday Came Early! Whether you are living a keto lifestyle or want to get into ketosis without the diet, we have the tools you need to get you MAX results! Get a head START on your Holiday Shopping, 22% OFF your favorite Pruvit Technology is happening NØW! Everyone benefits from BETTER sleep, mood, energy, focus, and fat loss, so give the gift of KETO//OS NAT this year! Some of my absolute FAVORITES are 22% off today! Looking for a good healthy way to get your fats in? We have our KETO//KREME or MCT 143! Looking to get into Ketosis in less than an hour? Go for our KETO//UP or KETO//NAT! Or if you are looking for ketone infused Protein our KETO//OS PRO is the way to go! I love to make tasty meal replacement shakes with this one!!! Whether for yourself or your favorite ketogenic loved one, shower them with the best of the best in ketogenic tools our there AND save while you're doing it!
5 comments
Read more 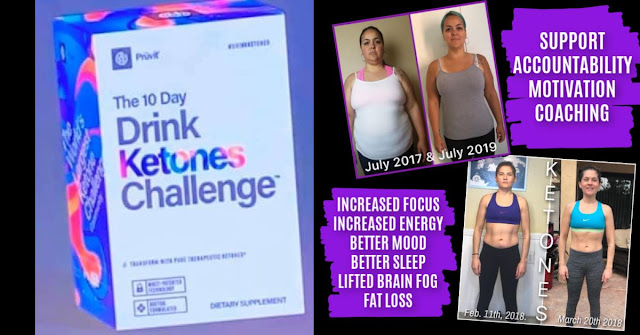 Who's ready to get a running start into 2020 and absolutely tackle your health and fitness goals? What if we made it super simple for you and all you had to do was commit to making one small change over a 10 day period? Does that sound like something you could do? Here's the deal, we have a challenge for you! In just 10 days time you will get into full-blown ketosis which means you are burning FAT for fuel (yes I said burning fat), and all of the other benefits of ketosis as well: increased focus, increased energy, better mood, better sleep, better digestion...to name a few. With this challenge we set out to help you improve your relationship and mindset with food and nutrition, breakthrough any plateaus you may have hit, or if you are just getting started we aim to help you gain the mindset and habits needed to take it to the next level and make BETTER a part of your life! We have made a BRAND SPANKING NEW CHALLENGE that has been blowing my m
Post a Comment
Read more
More posts