Can You Build Muscle On a Vegan Meal Plan?

February 28, 2017
When I went to the Tony Robbins seminar back in November, I was in my second week of the Whole 30 program. The Whole 30 wasn't too different from how I was already eating except that I was eating WAY more meat. I totally loved the recipes on the plan, but something just didn't feel right for me. 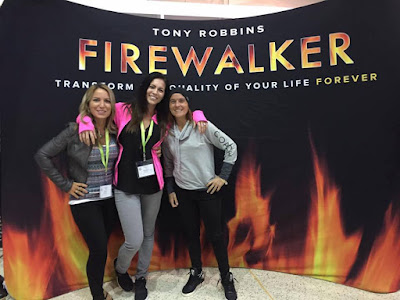 One day of the seminar was dedicated entirely to health and nutrition. During that day I heard several things that turned me off of wanting to eat meat. When I returned, I really just wanted to stay away from it. From there I decided to do the Ultimate Reset Cleanse which slowly eliminates meat from your diet. 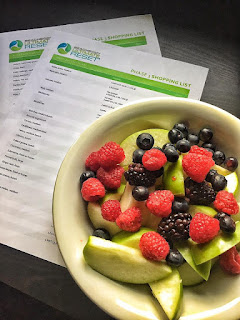 During the cleanse I did not do any intense workouts, just light yoga. When I completed the cleanse I found it interesting that I still just did not feel like eating meat. I started a new fitness program which was a little more intense and continued to eat similar to the cleanse for the next 60 days. Which brings me to the current moment. I now have started the muscle building program Hammer and Chisel. I have never done a workout program like this without lean meat protein. I was/am wary of being able to actually build lean muscle without meat. That being said, there IS a vegan eating plan on this program, so I am giving it a try. I have done my research, and apparently, you CAN build muscle while eating vegan so I decided that I will be YOUR guinea pig! 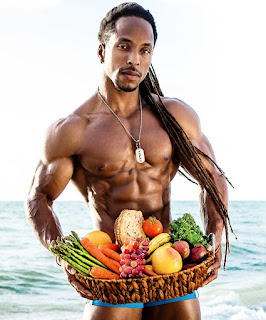 The Hammer and Chisel meal plan is very similar to the 21 Day Fix program which I am very used to. The thing is my container count changes on the vegan plan. I am in the lowest calorie bracket of the plan at 1200-1499. The regular plan would have called for 3 green, 2 purple, 4 red, 2 yellow, 1 orange, 1 blue, and 2 teaspoons (if you have no idea why I am talking in colors, click here!). 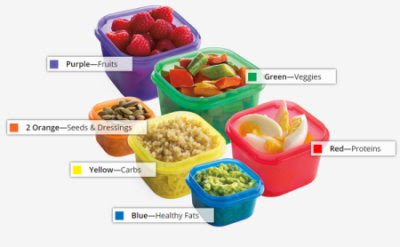 The Vegan eating plan eliminates all animal products from the food lists and makes some significant changes to the red (protein) and yellow (carbs) containers. Although the red containers are still complete proteins, they now also include beans and legumes which were previously considered to be yellow. Yellow which use to only be one category is now split into two, Yellow A which contains whole grains and Yellow B which includes pasta and bread. This was music to my ears since yellow is by far my favorite container. 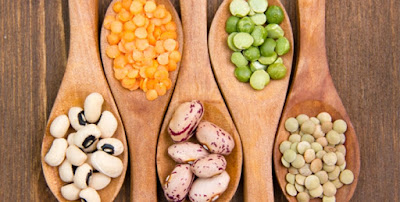 The reason that animal protein is considered complete protein is because it contains acceptable levels of all nine of the amino acids which are essential to humans. Some plant-based sources such as hemp, soy, and quinoa also contain these acids which Vegans can rely on, but they also need to be strategic when crafting a meal plan by eating a combination of legumes and grains. One of the veggie burger recipes I have made has this covered! 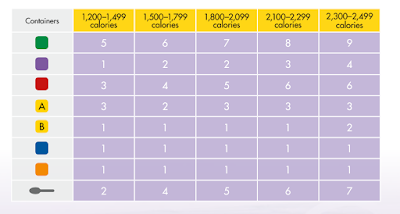 On the Vegan plan, my containers changed to 5 green, 1 purple, 3 red, 3 yellow A, 1 yellow B, 1 blue, 1 orange, and 2 teaspoons per day. I am definitely not used to eating that many carbs, so this will be an adjustment. 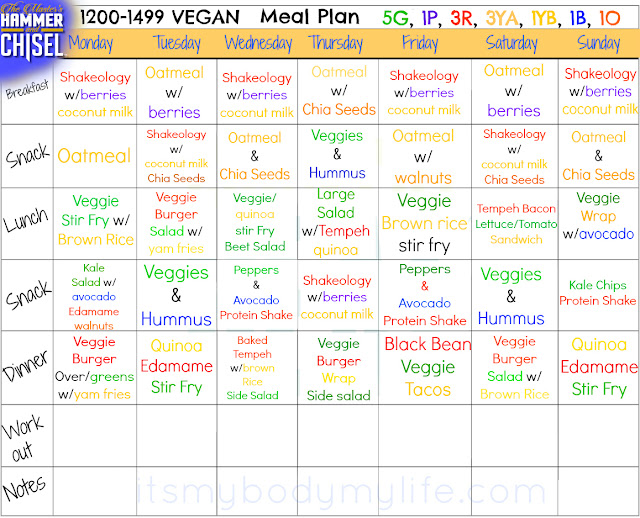 I have successfully created my first Vegan meal plan for the program and am really excited to see what comes from it! So far it is much more food than I am used to, bu I am going to follow it exactly the way I am supposed to. I will be sure to share my progress and plans as I go and keep you all updated on how this experiment works out for me! I may be a Vegan for life after this...we shall see!

If you have any questions about anything I talk about in this post or anything other please comment below!